You are at:Home»What is the difference between a cyclone and a tornado?

Considering that both cyclones and tornadoes are violent spiraling storms, many people ask themselves whether tornadoes and cyclones are the same thing.

If you’re one of those people, you came to the right place! We’re now going to explain to you everything about these two weather phenomena, including their similarities and differences. So, let’s start by explaining what actually a cyclone is.

What is a Cyclone? 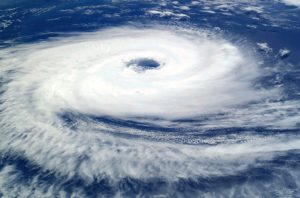 The cyclone definition used by meteorologists explains this weather phenomenon as a large-scale storm made of powerful winds spiraling around a central point, thus causing it to move. These storms tend to form over the South Pacific. Depending on how powerful it is, a cyclone can move at a speed of 20-30 miles per hour, covering a vast area. It’s not uncommon for a cyclone to have a diameter of over a hundred miles.

Wait…I also heard that a cyclone similar to a typhoon or hurricane – is this true?

Since more than half a century, the National Hurricane Center is responsible for naming tropical storms in the United States. Common male and female given names are used for their nomenclature. An example of this, which you probably remember is the Hurricane Katrina, which struck the Gulf Coast in 2005, causing a huge disaster in some Southern states (Louisiana, for instance).

Similarities of Cyclones and Tornadoes

Now that we’ve established that hurricanes, typhoons, and cyclones are basically the same thing, it is time to bring tornadoes into the equation. So, what are tornadoes and are they in any way similar to cyclones?

Similarly to cyclones, tornadoes are violent storms that are made of powerful winds that rotate around a central point, forming a column that moves around at speeds that sometimes go over 40 miles an hour. The winds that comprise a tornado can reach speeds of more than 300 mph, especially near the center point.

Another similarity between cyclones and tornadoes is that both are usually followed by heavy rainfall.

Finally, the biggest similarity is that both cyclones and tornadoes can cause a lot of damage to the area they go through. This is why the meteorologists from all around the world are working hard in order to figure out how these storms function so that they are able to predict them on time. At the moment, Pulse-Doppler radars are commonly used to detect both cyclones and tornadoes.

Cyclone vs Tornado – The Differences

Now it’s time to discuss some of the biggest differences between these two types of storms.

First of all, cyclones and tornadoes differ in the way they’re formed. Cyclones that form in the tropical parts of the Earth have a low-pressure center around which heavy winds rotate. A cyclone gets formed when moist tropical air rises above the ocean and condensates, leaving less air near the surface. That’s where a center of low pressure forms, causing the higher-pressure air to get in its spot in a swirling motion. The same process happens again and again, making the cyclone more and more powerful each time.

Tornadoes also form as a result of a collision between cold and hot air. But, this usually happens when the cold from the pole (either the North Pole or the South Pole) gets in contact with hot tropical air. The part of the United States known as the Tornado Alley is considered to be the ideal place for tornado forming, due to the fact that this is where the cold North Pole air collides with the tropical air coming from the Gulf of Mexico.

Now that we’re on the subject of the Tornado Alley, it’s important to mention that America is where most of the tornadoes occur. However, they can form on any other continent, apart from Antarctica. When it comes to cyclones, they need hot moist air in order to form, which is why they form in the tropical parts of the planet. The Pacific region is where most cyclones get happen. 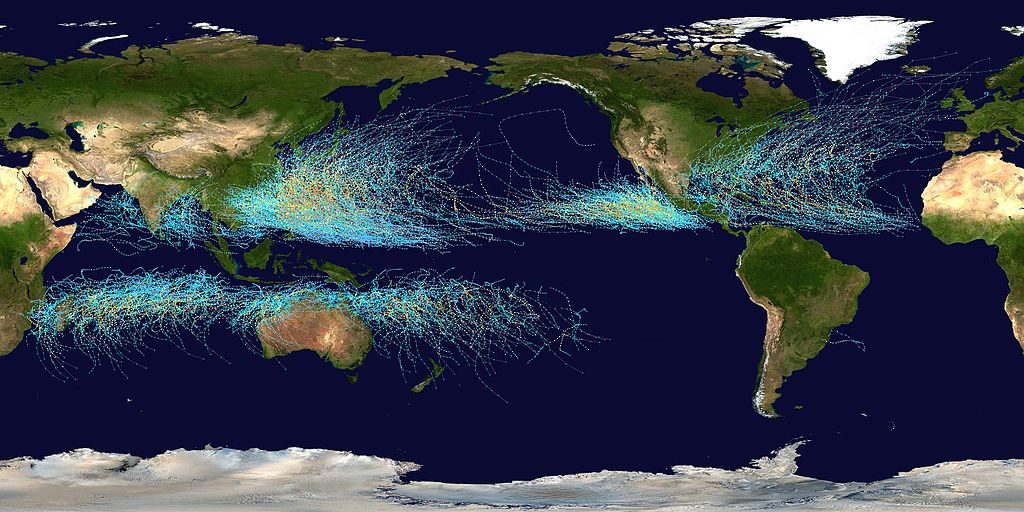 Another big difference between cyclone and tornado is that the latter is much narrower. In fact, the diameter of a tornado is measured in yards or meters, while cyclones can have diameters that are several hundred miles large!

Due to the fact that cyclones are much, much bigger than tornadoes, they usually bring much greater damage. In fact, some of the biggest disasters the world has ever seen were caused by cyclones. For examples, there was a cyclone in India back in 1839, which claimed more than 300,000 lives. More recently, the Bhola cyclone that happened in 1970 was responsible for at least 250,000 deaths in Bangladesh. Compared to this, the deadliest tornado ever raged in 1989 over Bangladesh where 1300 people lost their lives.

On the bright side, cyclones do not happen that often. On average, there are about 10-15 cyclones a year worldwide. The number is much higher when tornadoes are in question. Actually, in the United States alone occur more than 1,200 tornadoes annually, while the total number of tornadoes on the global scale is several thousands.

The last difference between a cyclone and a tornado is the weather that they bring. Because Cyclones are formed in tropical regions, cyclones are accompanied by rain. Tornadoes, on the other hand, can come with heavy rainfalls, but also hail and sleet.

Were hope that we were able to shed some light on the confusion over tornadoes and cyclones. If you enjoyed the read, make sure to also check out our article on the differences between a hurricane and a tornado.