Tornado season in Kansas generally takes place between mid to late April and the middle of June. It’s important to know when tornado season is in Kansas if you plan to live there or visit for a holiday. Kansas is in the region of the country where tornadoes are most frequent, Tornado Alley.

Kansas is one of the states in Tornado Alley with the highest tornado count each year in the US. While April to June is peak tornado season in Kansas, the majority of tornadoes have historically occurred on May 22nd and 23rd. In fact, there have been 160 tornadoes in Kansas during those two days in the years since 1950.

There is usually a significant decrease in the number of tornadoes by the middle or later part of June. This is due to specific environmental conditions involving the jet stream and vertical wind shear moving north. During this time, tornadoes primarily impact the northern part of the US for the remainder of the summer. At the end of tornado season in Kansas, many people refer to the state’s “tornado machine” shutting down for the season.

Be aware that the months of October and November are also prone to tornadoes in Kansas. As winter approaches, the cool fall air faces off with any mild air masses that remain. This can lead to ideal conditions for tornadoes to form.

Additional Facts about Tornadoes in Kansas

There are certain times of day during which tornadoes are most likely to occur in Kansas. Records since 1950 show that the hours between 4pm and 8pm are the peak hours for tornadoes in the state.

The highest temperature tends to occur between 4 and 5 pm. When this heat combines with a high level of humidity and there is vertical wind shear (this is an increase in wind speed, as well as height), the conditions are there for thunderstorms that can produce tornadoes.

If you’re curious about the hours of day during which a tornado is least likely to happen, those are between 7w and 8 in the morning CST. Since 1950, there have been a mere two tornadoes during those hours in Kansas.

The average number of tornadoes to hit Kansas every year is 96.

Let’s take a look at the average number of tornadoes that occur in Kansas on a month by month basis.

Kansas is famous for its large and destructive tornadoes, but there are some that are especially notable in people’s memories and which have been written about in the history books.

We’ll list some of these major Kansas tornadoes here with a brief summary of each weather event.

This tornado was a mile in width and extremely destructive. It destroyed 118 homes, businesses, and farms. Seventy people were injured and 23 more were killed in this tornado. The Kansas tornado of May 25, 1917 reached ground speeds of as fast as 65 miles per hour. Keep in mind that vehicles at that time could only go up to 85 mph.

While this tornado was relatively small in size, it killed three families and 15 people in total. An additional 25 people were injured. This tornado swept over the east side of Oberlin and moved north after that. It was considered fortunate that it did not impact the center of the town.

The tornado of April 26, 1991 began south of Clearwater. It was an F3 tornado that moved through Haysville before it got to McConnell Air Force Base. After that, it became a F5 intensity storm and travelled over the Sedgwick/Butler county line. This tornado destroyed a mobile home park. It eventually dissipated after it had gone over El Dorado Lake. There were 17 deaths and 225 injuries as a result of this tornado.

The June 8, 1966 Kansas tornado struck Topeka. It went through the center of town and damages reached approximately $100 million. At the time this tornado struck, it was the most economically damaging storm in Kansas ever. While this tornado didn’t directly strike the capitol building, it did destroy some of the paint on its dome.

This tornado was half a mile in width and killed 7 people. It also injured 31 other people. The May 20, 1957 tornado in Kansas travelled 71 miles and was reported to have lifted debris to extremely high altitudes of approximately 30,000 feet. This shows that the tornado had extraordinary suction.

The Greensburg Tornado reached a width of as many as 2 miles and it destroyed the vast majority of Greensburg, Kansas. This tornado injured 63 people and there were 11 deaths. One reason why this tornado took so many lives is because it occurred at night, after 9 pm. This storm had wind speeds that exceeded 200 miles per hour in some areas. This was an EF5 tornado and it was the first tornado to be given this rating on what was then a new scale.

The Tornado Warning System in Kansas

There have been cases when people have had less than 20 minutes to find shelter from a storm. Researchers are trying to come up with a better warning system that will give people warning further in advance of when a tornado could strike, but part of the reason Tornadoes are so unique is because they are so unpredictable.

While Kansas and other states in Tornado Alley have the highest number of tornadoes each year, tornadoes can happen all over the country at any time of year.

A major cause of tornadoes is the combination of warm air masses that move north into the Midwestern region with cooler masses of air that come south from Canada. When these two kinds of air combine, tornadoes can potentially form. This is especially likely in the spring months. Tornadoes caused by this tend to drop off in frequency in the middle of the summer months.

Tornadoes most commonly develop in unusually severe thunderstorms when there are two specific conditions: wind shear in the lower atmosphere and instability.

Generally speaking, this combination of instability and wind shear takes place ahead of the approach of a cold front and low pressure system. The downdrafts and updrafts in the thunderstorm caused by unstable air can lead to the development of a tornado’s spinning action. The wind shear also tilts to create an upright tornado vortex.

Tornado Awareness is Essential in Kansas

Whether you are going to live in Kansas or are just planning to visit, understanding when tornado season is in Kansas and the danger tornadoes pose (and how to keep yourself safe) is essential when in Kansas. 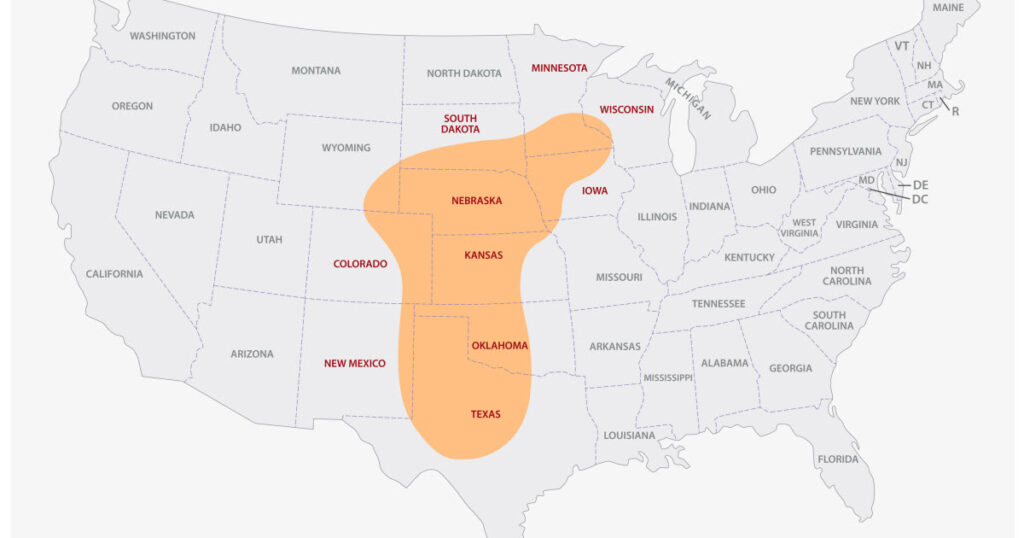 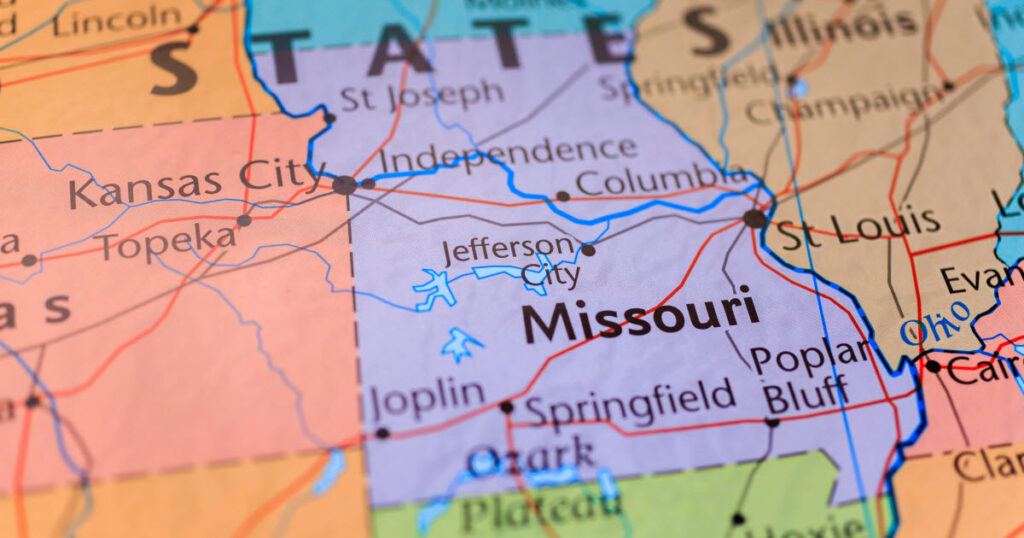 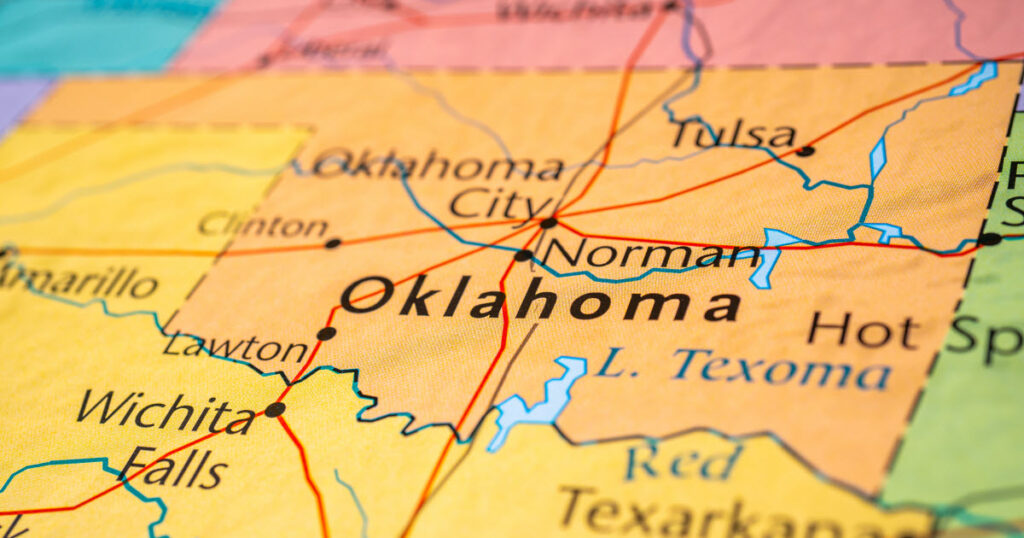